What Is Strategic thinking?

A River Worth Riding: Lesson Five
What is Strategic Thinking? 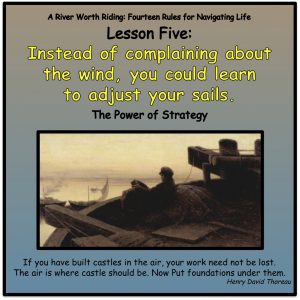 Once upon a time, four brothers sailed the river. The eldest brother lived in his parents’ crows nest and dreamed of exploring the world. He was full of ideas, designs, inspirations and stories. But since he never came down from his dreams, his dreams never did come true.

The second brother lived in his parents’ galley, where he poured over maps of every shape and size. He knew about navigating every rapid on the river because he’d read the very best books. He knew from experience that if he wasn’t careful with his interpretations, people would laugh at him, so he was careful with his every thought. He also knew that the river could be an extremely dangerous place, so he sought any fact that gave his life structure. He had a gift for organizing, plotting and planning. In the end, he built a safe nest for himself in that galley. But he never discovered anything new to offer the river, or himself.

The third brother kept himself busy working on his parents’ deck. His nickname was “Workhorse” because he worked without stopping from dawn till dusk. He never wondered about what he was working on, or why, because he was too busy working on whatever caught his attention. Work was his passion. He worked well. And he knew that without him, work would never get done.

The fourth, and youngest, brother loved to spend his evenings in the crow’s nest, where he would watch the sunset with his dreamy-eyed brother. They would talk and laugh about ridiculous stuff. But every evening, without fail, the eldest brother would inspire his youngest brother with visions of wonder and ideas that hinted at a dizzying truth.

In the morning, the youngest brother would sit in the galley, learning everything he could from his mapmaking brother. How to plan a journey, monitor progress, structure a life, read the rapids and such. The brothers would sit together—their heads bowed low over books and writing lists—and the mapmaking brother would calmly help his youngest sibling to break down each vast dream into small manageable parts. The galley became a place of comfort where the youngest boy tamed the dreams that he’d discovered in the crows nest.

The boat that they built inspired the river.

And can you guess which brother made captain and lived to circumnavigate the world?

Which part of your mind is captain of your life? The explorer? The navigator? Or the workhorse? Did you know that your mind has three parts? Each designed to work as part of a complex team? 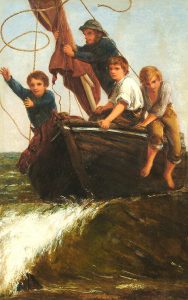 Your explorer is located in the right hemisphere of your brain. It’s the part of your mind that is capable of discovering new ideas and asking creative questions. Its tools are imagination and reflective thinking. It knows how to look at the same old patterns in life and discover new insights. Your explorer is always ready to take on the world, start a new business, quit a job, stare out a window, make up a joke, write a novel, ask a challenging question, or fly to the moon. Your explorer never worries about why it explores because the explorer is not restricted by logic. The explorer knows that exploring is what human beings do best. Sure, the explorer is impractical. Sure, the explorer sometimes makes discoveries that create a huge mess for the rest of the mind. And sure, the explorer can be exhausting to clean up after. But without the explorer, we would still be at the mercy of the river. It was, after all, the right-brained explorer who dreamed up the very first boat.

The explorer alone, however, gets nothing done.

That’s why we also have an analytical left-brain. The left hemisphere of your brain contains the mapmaker, the chart-reader, the navigator. Your navigator’s job is to plan, straighten and organize your life. Your navigator lives for answers. Its tools are analytical and deductive thinking. What’s more, it likes to make decisions based upon common sense and past experiences. It’s the navigator’s thinking that causes you to put your spices next to the stove. After all, you know from past experience where you are usually standing when you need your spices. The left-brain also worries a lot about how you look to others, since it knows from past experience the pain of looking stupid. Your navigator lives a very methodical life. Bring it anything new, and that newness will feel out of place until your navigator can decide how to classify it. This part of your brain needs to classify everything. So, if you introduce anything that does not fit into a current classification, your left-brain will usually classify it as unable-to-fit, and therefore irrelevant. That is why the analytical left-brain so often ignores the right-brain’s reflective insight.

Reflective insights can be dangerous, messy and uncomfortable. The analytical mind knows that its job is to organize, prioritize, scrutinize and protect. It does the job well. In fact, it sometimes protects the explorer right out of a job. The left-brain knows from past experience that the explorer can make foolish mistakes; and so, it tends to disregard any uncomfortable discoveries as nonsense. The trouble is that the analytical mind also tends to forget who thought up boats in the first place.

We all do things without thinking because our cells actually hold the memory of past actions. Repeat any action often enough, and that action becomes a habit. We often leave our workhorse in charge of our lives because our habits are just so good at getting stuff done. But we should never leave our workhorse in charge. Workhorse does not know how to think. Workhorse is accomplishment without thought, action without goals, reaction without wisdom.

Your workhorse often assumes ridiculous stuff because your workhorse doesn’t think. Your workhorse causes you to automatically head home when you’d planned to visit a friend. It is also your workhorse that causes most car accidents to occur within a few miles of home. After all, you’ve driven home a million times, so your brain shuts off and your habits kick in. But your cellular memory is not expecting someone else to make a wrong turn and you are caught unaware. Be careful. If you allow your workhorse free reign, your workhorse can take over your life and turn you into reaction without thought.

If you want to create a worthwhile life, you need to get all three parts of your mind working in unison and moving towards the same port. But in most of us, the three parts are at war, lacking the skills to work together. In some people, the left-brain is so busy saying no to new ideas that the right-brain has stopped providing insight. In other people, the workhorse has been left in charge so long that their lives have become one long, unquestioning habit. In still other people, the explorer switches direction so often that the navigator never has a chance to take soundings.

The three parts of your mind are meant to work together. When they do work as a team, they have the greatest power. If you want your life to become a worthwhile journey, you need to declare peace and get them to understand each other. Teach them to respect what each has to offer. When you do, you will begin to think strategically. 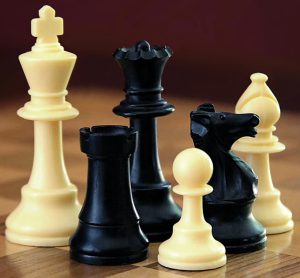 What is strategic thinking? Consider the game of chess for a moment. You can’t win a chess game with tactics alone. You can seldom win chess by just knowing how to move the pieces. Chess is a game of strategy, where chess masters say things like, “Checkmate in eight moves.”

When people forget to think strategically, they start to mistake actions for goals. Couples try to reach understandings by shouting. Parents try to teach that hitting is wrong by hitting. People try to reach agreements by shoving their opinions down everyone’s throat. 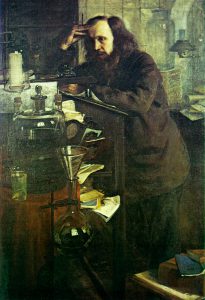 People are constantly taking action without thinking through the consequences of their actions. We need to start thinking strategically. Strategic thinking is long-term thinking. It requires patience, focus and faith in your own planning. But mostly, it requires that you actually plot a course before opening your mouth, or taking any action. It requires that you think things through. In strategic thinking, before you do anything, you ask your right-brained explorer to imagine what an ideal scenario would be like.

How important is strategy? A famous study came out of the Harvard Business School in the nineteen-seventies. They surveyed their Masters graduates after ten years to see how far they had gotten in their lives. Now, you might think that a Masters degree in business from Harvard University would pretty much guarantee a successful career, but take a look at the results of the survey and you might be surprised.

27% were living on assistance. This same survey discovered that these people didn’t budget their money or set any goals.

60% were living paycheck-to-paycheck. This same survey discovered that these people did budget their money, but they had set no strategic goals.

Only 3% reported that they were independently wealthy and happy with their lives. This survey also discovered that everyone in this group had written lists of their long-term goals and action plans for achieving their goals. They had all developed a strategy for success and a way to monitor their progress.

So how do you join the three-percent and achieve your own independence?

Strategic thinking is examined and explained further in our companion book A River Worth Riding: Fourteen Rules for Navigating Life. Click here for ordering information.

Here’s the bottom line on strategy.  If you don’t care where you’re going, then any course will take you there. But strategy can get you where you want to go. Strategy can put you with those 3% who live effectively rather than with those 97% who live in their comfort zones.

Begin by exploring your vision and deciding on a destination. Then, map your course, plot your steps and create a way to monitor your progress. Finally, learn to retrain your habits, so they work for you, not against you. And the first habit that you should train into yourself is the habit of checking with your captain before accepting orders from anyone else.

When you choose your actions based upon strategic vision, then each action you take can bring you closer to a worthwhile ride.