How to get people to buy into you

A River Worth Riding: Lesson Thirteen
How to Get People to Buy Into You
The Power of Persuasion and Influence 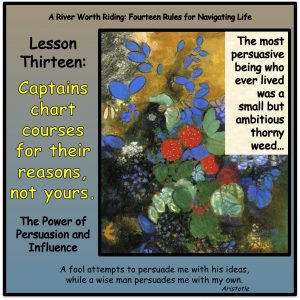 The most persuasive being who ever lived was a small, but ambitious, thorny weed. She lived in the crook of a rock, near a bend in the river; and she wanted more for herself than a mere weed’s life. She wanted more for her children than a mere weed’s existence. She wanted love and respect and to be welcomed by all, even to the farthest reaches of the river. She wanted her children to travel, to learn, and to be accepted where no thorny weeds had ever been accepted before. But she was only one small thorny weed, and she had no words. How would she ever find a better life for her children? How could she ever make a better life for herself?

She seldom had company on her thorny ledge, but she often saw birds flying overhead. “If only my children could hop a ride with the birds,” thought the thorny weed one day. “Then they might travel the river.”

“How can I make the birds notice and hear me?” she asked herself. “How can I make them want to carry my children beyond the river and my ledge?” She puzzled about her dilemma for some time. When suddenly one morning, an inspiration struck her small thorny mind. “What can a thorny weed do better than anyone?” she thought. “We gather sun with our leaves, nutrients and water with our roots, and we turn them into the sweetest of sugars. I shall store up enough sugar to surround my children with a bubble of irresistible juice, so that the birds will not be able to ignore them.”

She drank in sun, nutrients and water for days. Using what she’d gathered, she created a berry of such amazing sweetness and color to surround her children that the birds immediately began noticing and craving them. The birds soon flocked to her children, fought over them, and volunteered willingly to fly them anywhere for a mere taste of their sweetness. Her children are now welcomed at every port along the river. People even pay money for the honor of planting her children. This thorny weed is no longer called a weed, and she is currently admired by all. She is now only known by the name of her children’s cradle, raspberry.

But she is still a thorny weed, after all. 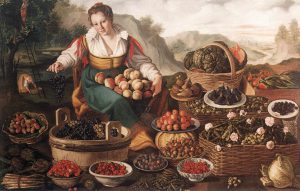 Why do trees create fruit? To persuade others to carry their seeds to new lands. Have you bought any fruit this week? If you did, then you paid good money for the privilege of doing for that plant exactly what that plant wants you to do. We could learn a lot from plants regarding the nature of persuasion and influence.

We waste so much energy telling people what to do for our reasons. The trick of persuasion lies in getting people to do things for their own reasons. You may not like worms, but you have to bait your hook with them, if worms are what the fish are eating.

The rule of persuasion and influence simply states that you can’t move anyone with your reasons, so you had better try moving them with their own. The sooner you realize the power of persuasion, the happier your relationships will be.

Most people only know a few methods of persuasion, and they only practice one or two actively. Even more sadly, the most commonly employed persuasive techniques usually do more harm than good. Here is a list of the ten most popular, and disastrous, persuasive techniques. Let’s see how many of these methods are currently in your bag of tricks.

1.      Criticizing—Do you actually think that by pointing out what people are doing wrong, you’ll make them want your version of right? You will more likely get defensiveness, not cooperation, if you practice this form of persuasion.

2.      Complaining—Complaining is another form of criticism, made worse because of its constant repetition. Complainers continually point out what others are doing wrong, in an attempt to make people see things their way and do things for them. Eventually, people turn a deaf ear to complainers, who tend to expect others to change without bothering to change themselves.

3.      Condemning—What is your reaction to another person’s censure, or condemnation? Defensiveness and martyrdom are the usual reactions. In one, people react with defensive explanations and try to justify their actions. In the other, people accept the title of sinner and decide that they might as well live up to your expectations. In either case, persuasion is unlikely.

4.      Advising—Offering advice, when advice has not been specifically asked for, creates frustration and animosity between people. The dreaded phrase, “Well, if I were you, I would…” will more likely cause eyes to roll than hearts to open. Remember: You are not me. You do not know everything about me. So you do not need to offer me your advice, unless I ask for that advice, regarding what you would do if you were me. Keep your advice to yourself, and I promise to give you the same courtesy.

5.      Demanding—When we make demands on people, they often feel like giving us the exact opposite just to teach us a lesson about personal choice. Telling people what they must do, regardless of their choice, can be the very gauntlet that causes people to declare mutiny and jump ship. Telling someone, “You have to listen to me,” may make them want to prove that they don’t have to listen to anyone.

6.      Manipulating—We manipulate when we use the tools of persuasion unethically, either to get people to do something obviously against their will, or contrary to their own best interests. When you manipulate someone, you may get your way at first; but that person will resent you for the methods you used, and your ability to persuade that person will die as soon as the relationship sours. Consider how you feel about people who guilt you into things. Is that really how you want people to feel about you?

7.      Arguing—Have you ever actually won an argument? Has anyone ever willingly welcomed the statement, “You’re wrong. Now let me tell you why”? You mustn’t cause people to throw up defensive walls during discussions. Agreement, not argument, is the only way to win a persuasive point in a discussion.

8.      Defending—Whenever we defend our ideas, we cause other people to defend their ideas. In order to truly persuade, we must be receptive to the opinions of others. We must be considerate enough to listen to opposing ideas without becoming defensive. We must learn to listen with open minds. Unless we find the value in listening to others, we’d better stop expecting others to listen to us.

9.      Logic—Asking people to think logically, when they are emotionally connected to an outcome, is like asking the river to stop running. You can’t fight emotion with logic. People only begin to think logically, when they know that their emotions are acknowledged. So don’t expect people to think logically before they’re ready to see logic. Instead, remind them that they have the right to feel whatever they feel—after all, doesn’t everyone have the right to feel what they feel. Once people know that you respect their emotions, they’ll calm down and want logical answers. When people are ready for logic, they’ll usually ask for logic.

10.  Threatening—Threatening harm always destroys trust. Be careful with your threats. Somebody may just call your bluff.

There you have them, the ten most commonly used tools of persuasion: threatening, logic, defending, arguing, manipulating, demanding, advising, criticizing, condemning and complaining. We use these techniques all the time, but none of them really accomplish the goals we intend. None of them really help us to assemble a worthwhile crew. Rather than building bridges and creating agreements, they tend to burn bridges and create conflicts.

But if these common techniques don’t work, what does work? What enables one person to persuade and influence another? How can you interact with people, so they’ll want to heed your wisdom and your words? How can you cause people to act in ways that coincide with your wishes? How can you make the prospect of aiding you so irresistibly sweet that people fly out of the sky to help you?

Before we begin to discuss the tools of persuasion, I want to remind you that persuasion without integrity is just a fancy name for manipulation.

In case you’re still not clear on the difference. 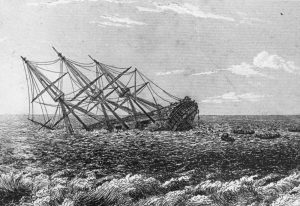 Manipulators use the emotions of people against them, destroying trust in the process. People use manipulation because they have nothing better to sell. What manipulators offer the river is not worthwhile, or they wouldn’t need manipulation to offer it. Manipulation makes the river unnavigable and sinks every boat it hits.

Persuasion, in contrast, merely attempts to show people that they’re responsible for their own success and happiness. Persuasion tries to help people find the courage to do what they need to do, to see the consequences of their actions, and to choose their actions wisely. People use persuasion because it helps them to present what they have to offer in terms easiest for others to digest.

Persuasion simply helps you to get a fair hearing from an otherwise, overly emotional human being. In persuasion, whether or not people choose to digest what you have to offer them remains their choice. You must never deny people their right to choose for themselves. Your success in influencing another will ultimately depend upon how much they value your offering. The more you offer them, the more they will value you. Keep that rule in mind as you attempt persuasion along the river.

Now that I have made myself clear regarding the difference between manipulation and persuasion, we are ready to study the tools of persuasion…

The many tools and techniques of persuasion are explained fully in our companion book A River Worth Riding: Fourteen Rules for Navigating Life. Click here for ordering information.

The bottom line on persuasion? People are always complaining that the river isn’t fair, but that simply isn’t true. The river is extraordinarily fair, it’s just not centered on you. So stop complaining about the river not listening, and discover what the river has to say. When you learn to offer the river what it values, the river will start valuing you.